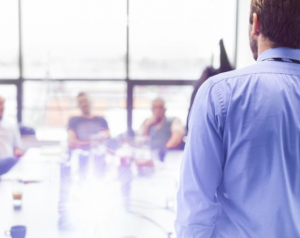 Professional Website Design Packages are Professionally Managed for all websites or CMS of choice. We specialize in Joomla, Drupal, and WordPress as well as SEO and Digital Marketing. When you need a professional image and want the best in Web Design, SEO or Digital Marketing, High Level Studios has your solution!

We bring you New Business!

Internet marketing packages allow us to interact with targeted audiences in real time. Interacting and providing your customers with proper engagement points can give you an insight of what your targeted audiences want – in turn we deliver what they are looking for.

When it comes to boosting the organic rank of websites, there is no other better technique than search engine optimization.

Brand Marketing focuses on investment building on an asset called brand equity. Brand equity is the portion of value of a company’s brand.

We create a buying process for companies to turn leads in to customers when purchasing products. Multi-step, multi-modality processes that turn prospective browsers into buyers.

PPC Management is measuring each campaign and keyword for effectiveness, ensuring PPC efforts are yielding a positive ROI.

We will walk you through the entire process from beginning to completion of your website design to ensure superior quality.

Show up with your Business Profile on Google and 50 other Major online resources when people look for you on Search & Maps. Show up when it matters..

With fast secure web servers located in the US we provide full support for our Dedicated servers with 99.9% uptime.

Digital marketing is taking over with the ability of Internet marketing tools to interact with targeted audiences in real time.

We pinpoint people with large social followings who have sway over your target audience, then focuses marketing endeavors featuring those key influencers.

We simplify every aspect of managing social media, from scheduling posts and generating reports to help you engage with your audience.

A giveaway is essentially another term for sweepstakes. In contrast to a contest, no skill is required and the winner or winners are randomly selected

Digital Marketing Packages allow us to interact with targeted audiences in real time. Interacting and providing your customers with proper engagement points can give you an insight of what your targeted audiences want - in turn we deliver what they are looking for.

High Level Studios LLC.  offers exceptional website design, web development and website hosting services from small businesses to Corporate Solutions looking to establish a BIG, professional online presence. Our no-nonsense approach to website design is built with the most recent technology. We provide SEO as well to empower and enhance every website we build. By combining quality website design and premium features with top notch customer support and affordable prices we provide one of the best website design solutions available today! Our clients range from all avenues of life, from Simple Sites to Large database applications and management.

While most web experts can do amazing things with computers, they’re often less than amazing when working with people. Scott Eagle and the team at HLS is the rare exception to the rule.
His engaging, easygoing personality and stellar com­munication skills mean that his clients get the benefit of his extensive experience without the IT jargon – or the hefty price tag that so many others charge.

Scott began his IT career at age four, working on a Texas Instruments TI-99/4A. In 1982, he was thrilled to switch to a brand-new Commodore 64, which he mastered by working on every day after arriving home from elemen­tary school. Today, more than 25 years later, Scott now works on multiple computer platforms and operating systems on over fifteen coding languages. He is president of High Level Studios LLC., St. Louis’ premier website and web application development company. With a strong focus on custom Zend, Drupal, Joomla and WordPress development.

Scott has also written and published a SEO or Search Engine Optimization book for sale in Barnes and Noble, Amazona and more in paper and digital format. Scott has won many awards for his website work from Large agencies such as FLEOA, St. Louis HBA, Dellon Institutes and many more.

Scott earned a degree in digital Interac­tive media from Webster University and is proficient in: Protools for Audio, Avid for Video. As well as HTML, DHTML, XML, CSS, PHP, MYSQL, AJAX/JAVASCRIPT, ASP, .NET2/NET3, RUBY/RAILS, VB, SQL, C, C#, FLASH/ACTIONSCRIPT for web. For anyone for whom the last sentence was simply alphabet soup, suffice it to say that if it involves either a moth­erboard or the internet, Scott knows his stuff. And, he translates that knowledge into plain English to ensure clients’ IT stuff works – when, where and how they need it.

We were not anywhere close to being on the first or second page of Google now we're number one thanks to High Level Studios LLC.

Its been a great fulfilling business experience. I would recommend these guys for for your Marketing or website design needs.

These guys are the very best! They are very professional and get the job done fast. The price is greatand the end result is exactly what we wanted.

High Level Studios got my website up and running fast! They are doing SEO and I'm already moving up in Google search!

Click The Button So We Can Get A Quote Started!

Click Here To Create A Marketing Campaign Today!
Scroll up